The company «FORINO» was founded far in 2004 by Elena Forino, the renowned master of the Bolshoi Theatre’s workshops or my beloved mother. Before setting up her own company, she was working hard, carefully accumulating the sufficient amount of knowledge and experience, involving 25 years behind the scenes of the main Moscow traditions cluster - The Bolshoi Theatre.

Later, the inestimable experience, combined with the mesmerizing talent of Elena Forino , found its reflection in the cooperation with the miscellaneous groups, including ones of Tatiana Anatolyevna Tarasova and Nicolai Morozov. The vast number of figure skaters from each corner of the blue planet were involved in the process, as well as the cooperation with Natalia Linichuk.

Then, she was working with Nina Mikhailovna Mozer’s group, including Evgenia Tarasova/ Vladimir Morozov, Natalia Zabiiako/ Alexander Enbert, and of course our incomparable Olympic Champions Sochi 2014 Tatiana Volosozhar and Maxim Trankov. In addition, our company has the close cooperation with synchronized swimming sportsmen, particularly with Olympic champions Maria Kiselyova and Olga Brusnikina (swimming costumes according to sketches of Nadezhda Russ) and the first Russian mixed duet in synchronized swimming Mayya Gurbanberdieva and Alexander Maltsev under the leadership of the Honored Master of Sports Gana Vladimirovna Maximova.

Furthermore, the constant clients of the company “FORINO” have always been the exemplary children’s theatre on ice “ALEKO” headed by Olga Ilyinichna Kondrashova, the synchronized swimming group of the honored coach of Russia Maria Nikolaevna Maximova, the Russian National Team of acrobatic rock-and-roll, including the club “GREGORY-TASS” under the direction of Abyzova Nadezhda Victorovna and many others.

Unfortunately, our life is a changeable and unpredictable phenomenon and now this splendid creativity, called the “costume manufacture” is in the hands of mine. I am Daria Danilova, the daughter of this gorgeous Woman, a Human, a Master, a fashion Designer and Mother rolled into one. Yes, undoubtedly, all of the amazing person’s features were entirely related to Elena Forino.

I am Daria Danilova, graduated from the institute with a degree of the fashion designer, have been working in this field since 2001. Having soaked up the tremendous experience of my mother - Elena Leonidovna Forino, I have been working in the company “FORINO” since its creation. I carry on creating unique looks and breathe life into them through sewing throughout the years. My individual projects, which were implemented with “FORINO” found their future life with numerous sportsmen from all over the world, including: the Japanese dance couple in figure skating Cathy Reed/ Chris Reed, Kana Muramoto/Chris Reed (according to Nadezhda Russ’ sketches), the Russian dance skaters Annabel Morozov/ Andrei Bagin, Russian pair skaters Daria Pavliuchenko/ Denis Khodykin, Spanish single skater Javier Fernández, Denis Ten, Israeli single skater Alexei Bychenko, Israeli pair skaters Anna Vernikov/ Evgenii Krasnopoliskii, Israeli dance skaters Shira Ichilov/ Vadim Davidovich (then Lauren Abecassis) and many others.

I keep traditions, extend my knowledge and experience, in order to make the hearts of millions pound of the glory, style, singularity and the indisputable quality of costumes. Hold dear and keep working with all our constant clients and will cooperate with new ones with the immense pleasure. 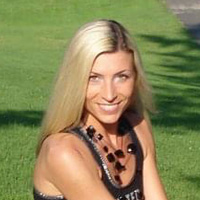